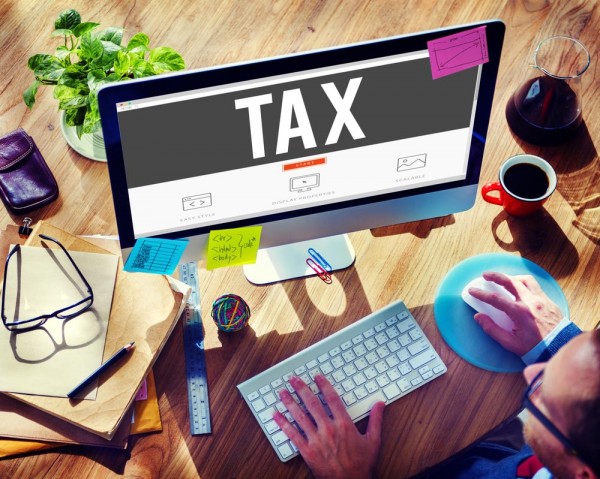 I’ve been an accountant for more than 25 years now, having graduated from Canterbury with a B.Com (majoring in accounting of course) and a law degree.  I started out working at Ernst & Young and later Price Waterhouse in their Tax Divisions giving specialist tax advice.  For the last 20 years I’ve been working at Tax Link Christchurch preparing financial statements, income tax and GST returns.  It’s an enjoyable job, not only for someone like me who likes numbers, but also because of the variety of people I meet and their businesses that I am dealing with.

I’ve been intending to start out on my own for some time, but there is always a reason to put it off “till next year”.  Well, I’ve finally got everything organised and I’m very pleased to say that McFadden Accounting Limited is open for business!  I am also pleased to say that I remain contracted to Tax Link, so if any of you who are reading this are current clients I deal with at Tax Link, please rest assured that nothing has changed.  I will continue to see you at Tax Link.  If you haven’t heard of me before, thank you for reading this far, and if you are in need of accounting services I would be very pleased to offer my services to you.

Another financial year has just begun, and April and May can be a tough time, tax-wise, for many businesses, especially for those just getting established and that are perhaps in their second year of business.  Tax, in all its forms, be it income tax, GST, Fringe Benefit Tax, PAYE, etc is not getting any simpler.  It has been said that we can have a simple tax system or a fair system, but we can’t have both.  I think that is true, but that is of little consolation for the business person who is busy enough running their business and doesn’t really have the time, nor the inclination after a hard day at the coal face to sit down and try and understand the finer points of GST adjustments for private use of their vehicle, or calculate the Superannuation Contribution Tax on the Kiwi Saver employer’s contribution.

But I digress.  It’s April, and it’s the beginning of a new tax year.  And April and May can mean big tax bills, especially if you have been late getting your records to your accountant.  I’m talking about terminal tax (isn’t that a great term that Inland Revenue has come up, combining the inevitability of death and taxes in one phrase) and provisional tax.  If you are unsure about how provisional tax works, let me explain.  My job is to prepare your accounts and tell you how much profit you made for the year, and perhaps to explain how it has come to be that you have such a large profit compared to your oh-so-small bank balance (but that’s a topic for a future blog).  I will also prepare your income tax return and tell you the glad tidings as to how much tax you have to pay on that profit. There are many advantages to using an accountant, amongst them the fact that we have twelve months to prepare and file your income tax return compared to three months if you do it yourself, and any terminal tax is due for payment on 7th April rather than 7th February if you file it yourself.   Now, ordinarily, any tax is due to be paid by 7th April in the year following the end of the financial year in question.  For example, your tax bill for the year ending 31 March 2016 is due to be paid to Inland Revenue by 7th April 2017 (7th February if you don’t use an accountant).  However this is only true for your first year or so in business, or so long as your tax bill remains less than $2,500.00.  Let us say that your tax bill for your first year in business, the year ending 31 March 2016, is a modest $3,000.00.  Because it’s your first year in business, this $3,000 is payable in full on 7th April 2017 (assuming you are using an accountant).  But, and this is a big but, because your tax bill is more than $2,500, Inland Revenue don’t really want to have to wait a full year to get their hands on your money, and so you are designated a provisional tax payer.  That means that your tax bill for your second year (the year ending 31 March 2017) is not payable in full on 7th April 2018, but instead Inland Revenue would be very happy if you were to pay it in three instalments during the financial year in which you earn it.  The dates that you pay your provisional tax vary depending on whether or not you are GST registered, and if you are GST registered, how often you file your GST returns.  Typically you will be required to pay your provisional tax for the year ending 31 March 2017 on 28th August 2016, 15 January 2017 and 7th May 2017.  “But how do I know how much I have to pay?  I don’t know what my profit will be.”  I hear you ask.  Inland Revenue has an answer to that.  They assume your tax bill will be 5% greater than the previous year.  Accordingly, if your tax bill for the year ending 31 March 2016 was $3,000, your 2017 provisional tax bill will be 3,150, payable in three instalments of $1,050 each and due on the dates stated above.  You can see therefore that during the period August 2016 through to May 2017 you are paying your 2016 tax as well as your 2017 provisional tax – two years’ worth of tax.  It is important therefore that you budget for this.  It is also advisable to see your accountant and have your 2016 accounts prepared as early as possible.  If you don’t have your 2016 accounts prepared until after the first instalment of the 2017 provisional tax is due, then you will pay your 2017 provisional tax in two equal instalments on 15 January and 7 May.  Similarly if you delay completing your 2016 accounts until after 15 January 2017, all of your 2017 provisional tax will be payable in one hit on 7 May (one month after you have paid your 2016 terminal tax).  Note that there will be no penalties for paying your 2017 provisional tax in only one or two instalments, provided that this is your first year of paying provisional tax.  All subsequent years’ provisional tax must be paid in three instalments otherwise interest and penalties will be charged.  The interest rate that Inland Revenue charges is considerably greater than what you’ll pay at the bank on an overdraft facility.

Once your 2017 accounts have been completed and your tax liability determined, your 2017 provisional tax payments are credited against this liability, which may result in some further tax to pay, or maybe a refund.  Provisional tax works reasonably well provided that your income is steady, or increasing.  If your income fluctuates from year to year then provisional tax can be a problem as it is always based on the previous year’s tax bill.

If you believe your tax bill for the current year will be less than the provisional tax calculation you can choose to estimate your provisional tax at a lesser amount.  However you must estimate it reasonably accurately.  If you are out by more than 20% in your estimate Inland Revenue will penalise you.

If your income tax liability exceeds $50,000 per annum then you are required to estimate your provisional tax, and use of money interest will be charged if your estimate is too low.

I hope my explanation of the finer points of provisional tax hasn’t been too confusing.  The messages I want to get across are:  Be prepared and budget for provisional tax, especially in the first couple of years of business.  See your accountant earlier rather than later in the financial year so your accounts can be prepared and your tax liability determined well in advance of the due dates for payment.  Finally, do communicate with your accountant.  My job is to help you with all matters concerning tax and financial reporting and to that end I have a vested interest in seeing you succeed.

The content of this blog is provided for general information purposes only.  As tax law is complex and often fact sensitive the information contained herein is intended as a general guide only and should not be relied upon or employed as a substitute for specific tax advice.

Jason McFadden is a Christchurch accountant with more than 25 years experience. He graduated from Canterbury University with a B.Com (majoring in accounting) and a law degree.